Born in the last century, Thomas HAIR fell into the skateboarding culture at the beginning of the 90’s. It was around that time that he also began to develop his interest in image through drawing, graffiti, photography, ...

He then studied Fine-Arts (1998-2003) following part of his studies at Brighton University in England. This period, rich in experiences and encounters later gave him the taste to find out what was happening elsewhere.

Back in France, he quickly decided to go to Berlin, intially for a few weeks. This first trip to the German capital marked the start of two years of travelling back and forth between France and Berlin. This city, which was changing rapidly in the 2000’s with its artists’ squats, its urban wasteland, its street-art culture, its interlope clubs, its art galleries with no storefront, was for him a vast field of exploration and artistic experimentation.

He settled back in France in 2005 and began to work as a graphic designer and then freelance artistic director before setting up his own communication agency.

In 2017 he drew a line under communication to return to his first love, drawing.

Through his life he has acquired a rich visual culture from which he draws inspiration today.

For more than 15 years, his work has been exhibited in France and abroad, including Nantes, Rennes, Paris, Brighton, London, Berlin and Brussels.

Today, he lives and works in Vannes, Brittany. 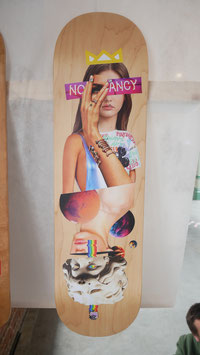