Jáger Attila (born in 1985) is a Hungarian 2d/3d illustrator and comic artist, living in Budapest.

He graduated as an Art teacher at Moholy-Nagy University of Art and Design in Budapest.

He formed his own surreal and grotesque visual world over the years.

He has been doing skateboarding for 19 years and customizes his own worn skatedecks.

He mostly took part in exhibitions in Hungary, but also participated in shows in France, Estonia, Slovakia, Poland, Serbia, Romania and in the Czech Republic.

Since 2014 he has been a member of a Hungarian small-press comic group and publisher ZSIGER.hu (Cyan.Ninja.Comics). 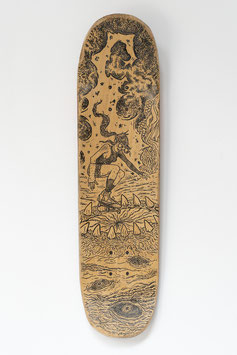 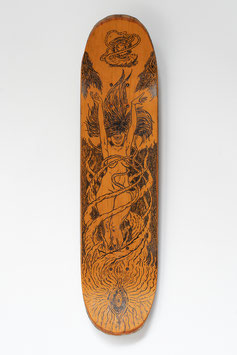 JAGER Attila - The Awakening of the Cyclops - 2020

(Black marker drawing on board)