Les Arsouilles is about two friends who decided to mix their styles and vision of art to create something together. From one side of the mirror, Raijin, a child from the France' south whose lines are fine and delicate. On the other side, Vinniv, kid from the Paris area, the detail-oriented dude and time enthusiast. The two companions meet during their art studies at the EDAIC. They meet again after a few single-handed time during which both Arsouilles developped their techniques and vision of art. Their two universes inspired by video games, sliding sports and pop culture come to consolidate their desire to develop a common artistic project. Les Arsouilles is about creation around themes and myths, is also about exploring and trying out new things in a recognizable style. This adventure gives birth to several illustrations series inspired by Viking culture, the bosozokus, beer and many others. 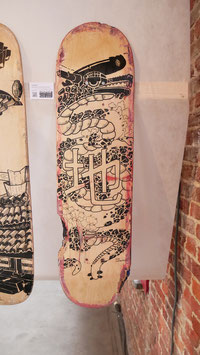 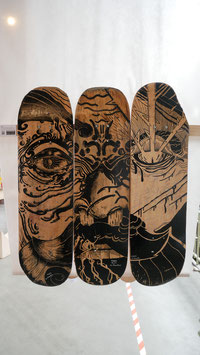 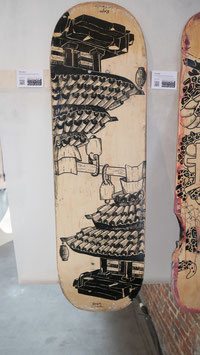