With a rather atypical course, initially he worked for almost 20 years as a Cocktail-Barman around the World, never letting go of the pencils and brushes that has sharpen him and thus widening his artistic culture through his meetings and discoveries.

Self-taught from a young age, he was always attracted to the visual arts and at the end of his adolescence mainly by Street Art. He took the plunge one fine day in September 2016 by slamming the door to the profession, which was practically half of his life, the bar, to devote himself entirely to his real passion, the one that makes him vibrate and breathe ... ART.

Having created his company COLORZYOURMIND-ART in 2018 in Geneva Switzerland. This artist-painter has an urban-contemporary style. He usually work with artistic decoration on murals (art wall), typography on chalks and Street-Art for professionals at bars, Restaurants and hotels and for individuals selling his own Art works (paintings, customs of objects and many others ...)

He will choose as blaze "EPOK" which will be and will remain his signature during almost two Decades to gradually fade behind that of Colorzyourmind.

Influenced by various styles coming from Europe and the United States, he explores different facets of graffiti, which was his base at the end of the 90. He tackles other ways of expression and different mixing techniques including the creation of stencils which, for a large part characterises his work.

He does not, moreover, seek to intellectualise his work but to give those who watch it a simple and immediate pleasure. 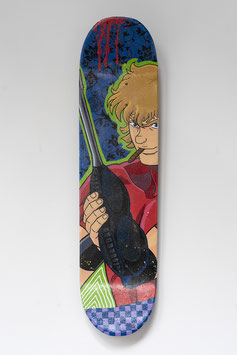 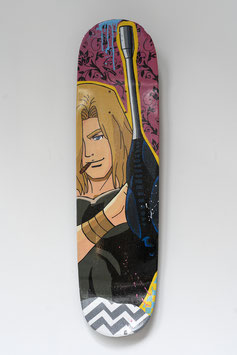 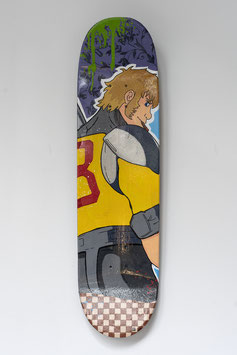